Genetics – the most dynamically developing field of biology, which now affects every branch of medicine, has changed our approach to the origin of diseases, treatment and prevention. 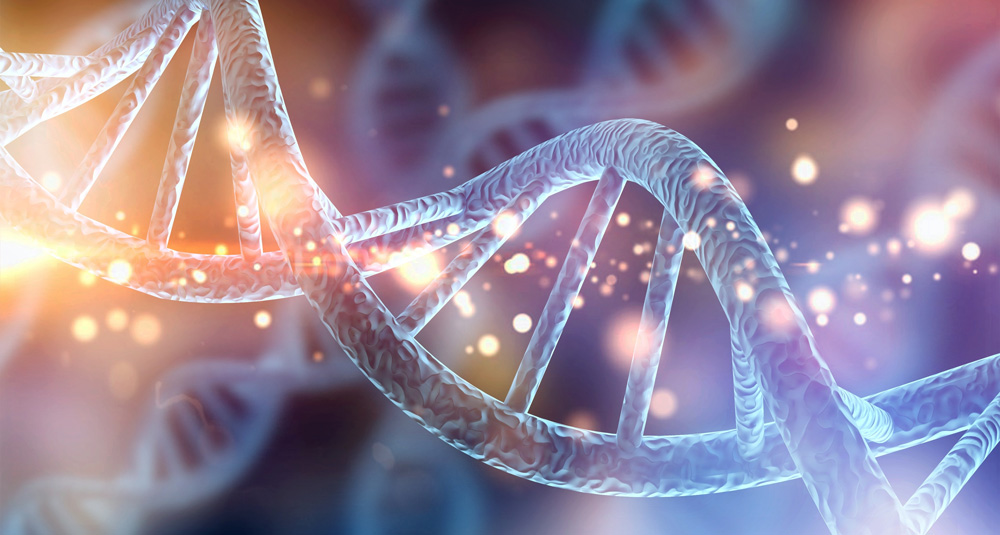 An average person associates it with congenital defects, with several mental handicap syndromes and, recently, with cancer. However, geneticists are already aware of the fact that it is directly or indirectly involved in every known disease Commonly occurring diabetes, atherosclerosis, clots, blockages, heart attacks, arrhythmias or psychiatric syndromes – genetic background can be found everywhere.

Genetics is a new clinical field, extremely difficult, multi-specialised and, perhaps, that is why there are few geneticists – there are currently only a few more than 100 of them in Poland, Yet, there are countries where a geneticist must be employed in each hospital, which confirms the growing importance of this field of medicine.

Currently, more than 23,000 diseases and genetic syndromes are known and new ones appear daily in the OMIM index. In most cases, their genetic background has been recognized, but there is still a significant number of non-localized mutations. Thousands of molecular biologists and lab technicians in institutes all over the world are engaged in searching for the location of genes responsible for a disease. Since the DNA pattern is universal in all living creatures, it is of great help to study other living forms from fruit flies to certain species of monkeys.

The length of human DNA is about 2 meters, and there are millions of genes in its composition, so the mere fact of reading the human genome has not yet answered all the questions about location of the genes responsible for the functions of organs, the most complicated one of which is the human brain.

These 2 meters of DNA are properly furled and packed in the form of chromosomes in each cell. In each chromosome, there are so-called active sites (eurochromatin) and allegedly inactive sites (heterochromatin). “Allegedly”, because so far their biological function has not been clearly proven, but they certainly have it. In some diseases, the length of their specific sequences or the number of repetitions in the immediate vicinity of the gene affects the function of the gene, even though it is built correctly. One such severe disease is Huntington’s chorea, a severe fatal disease that only becomes apparent in adulthood. A very similar mechanism is found in the family mental handicap, the so-called FraX syndrome, which occurs mainly in boys, but is carried by the mother. Examples may be multiplied.

Thus, the oldest evidence of the link between diseases and genetic disorders came from what could be seen under the microscope, i.e. the whole chromosomes. Well-known syndromes: Down, Edwards, Patau or Turner and Klinefelter are disorders of the number of whole chromosomes – both excess and lack of them. In nature, quantity = quality, so both the absence of an entire chromosome and its excess equally causes a disturbance. In the most common trisomy in the world’s population, Down syndrome, there is an extra chromosome on the 21st pair and this excess interferes with the other two chromosomes, leading to commonly known symptoms. This is one of the mildest trisomies. Other trisomies, e.g. of chromosomes 1, 9 or 16, are so serious that they are spontaneously miscarried, usually already in the first trimester of pregnancy, while still other trisomies, e.g. of the 13th and 18th pair are lethal before or shortly after birth (Fig. 1,2).

Fig. 1. Excess chromosomes in Patau syndrome (trisomy 13) – a severe, fatal disease.
Fig. 2. Excess chromosomes in Edwards syndrome (trisomy 18) – a lethal disease, but usually with a milder course than trisomy of the 13th pair.
However, not only the entire additional chromosome, but even a tiny fragment of its excess will also cause full Down syndrome. There are also the so-called translocation trisomies of the 21st pair, which can be inherited with a very high probability. Fortunately, there are few such cases. This simple example allows us to realize that, in such a well known disease, there may be different variants, mostly non-hereditary (regular) ones, but also those carried by parents.

There is a certain number of divisions in each cell and, during each of them, nature may make a mistake. Although there are corrective mechanisms in the cell, they may also fail for various reasons. If a mistake occurs in an egg or sperm cell, then the foetus is affected from its single-cell form. Mutations that are not repaired also occur in embryonic, fetal and adult life. A specific “guardian of the genome” is the p53 protein encoded in the gene on the chromosomes of the 17th pair. Mutations in this gene are found in about half of all cancers, which are also the result of DNA repair dysfunctions.

It is not only the abnormal number of chromosomes that causes diseases. Equally severe are losses or surpluses of chromosome microfragments called microdeletions or microduplications. These disorders paradoxically occur very frequently and are the cause of extremely serious diseases. I think that many mothers would rather raise a child with Down syndrome than with one of the microdeletions. The severity of these defects results from a complete loss of the functions of thousands of missing genes, while their location causes specific symptoms (Fig. 3.).

Fig. 3. Microdeletion in chromosome 15 and next to it the most important genes, which are missing in one copy of the genes due to this disorder, being the reason for their total or partial lack of function and, as a result, for severe defects and disorders of the body functions.

Another group of disorders are so-called monogenic diseases. Each gene consists of hundreds or thousands of pairs of bases. Paradoxically, it is enough to mistake one base and replace it with another – the wrong one, so that the gene does not function properly and produces the wrong protein. The consequences of such a mistake can be disastrous and cause some of the most serious groups of diseases. Examples include cystic fibrosis or metabolic diseases. The function of genes can also be disturbed by other factors, not only the lack of the right base. This may be an abnormal methylation pattern (CH3 ) in the gene or, for example, the activity of an abnormal gene from its pair (of maternal or paternal origin) and many other abnormalities.

A separate issue is that of the heredity of diseases, since a “genetic disease” does not always equal a “hereditary disease”. Even very severe disorders can happen “by chance” and do not have to be hereditary, as it is the case in trisomies with an excess of the entire chromosome in a given pair, e.g. the most common so-called regular trisomies 13, 18 and 21. Some diseases can be inherited in an autosomal dominant (AD) manner, which means that, in the case of a disease in one of the parents, the symptoms ALWAYS occur in an offspring. Many diseases are inherited in an autosomal recessive (AR) manner, which means that the child must inherit the defective genes from both parents for the symptoms to occur. These are very insidious and usually severe disorders, e.g. in cystic fibrosis, but parents may only be carriers of the defective gene.

Other types of heredity are, for example, linked to the X chromosome, where the asymptomatic carrier of the disease is the mother, while most often male children are ill. We know many other models of heredity, but this goes beyond the framework of brief information.

A clinical geneticist always determines, on the basis of pedigree, clinical, cytogenetic and molecular data, the so-called probability of occurrence of a given disease in the offspring or other family members and often the situation is not as simple as it might seem. From the simplest model of 50%/50% in AD diseases, through an equally frequent 25%/75% one in AR diseases, to complex patterns in balanced translocations, polygenic diseases and population genetics.

A similar “probability” is also used in prenatal diagnostics, which determines the risk of e.g. the most common trisomies, but, in these cases, numerous and varies factors are taken into account: except for pedigree data, including the mother’s age, weight, weeks of pregnancy, the values of proteins circulating in her blood up to numerous so-called ultrasound markers. In these tests, however, extensive computer programs are necessary, coupling dozens of obtained data, seemingly unrelated to each other. However, prenatal genetics is a much more difficult and complicated field. When examining a child or an adult, we usually have a different time scale that is virtually unlimited. In prenatal medicine, time is of the essence, so the result must be obtained much faster and weeks or often days are of utmost importance! The material to be tested is also a much more difficult one because, for example, it is very scanty in a typical amniocentesis. Single examined fetal cells usually come from exfoliated fetal epithelium or fetal urine, so there are few of them, they are very poorly cultured and isolating an adequate amount of DNA from such scarce material is only possible for a few and requires special skills. In prenatal medicine, we are also more frequently unable to make a diagnosis, especially in rare or metabolic diseases, where symptoms appear very late (e.g. bone defects) or only in the neonatal or infancy period. It should also be remembered that genetics only provides an answer to the question asked in terms of YES or NO to a specific disease. Determination of such a disease, especially a rare one, requires special knowledge and skills, which is why all reputable prenatal labs always have obstetricians and geneticists working together on an ongoing basis. This is the only way to achieve prenatal success, which is directly reflected in a quick and accurate diagnosis, providing peace of mind and knowledge for the mother and the possibility of helping the child.